Hill Ready to Step Towards the Title at Texas

The Next Step … Austin Hill is focused on taking the next step towards the NASCAR Gander RV & Outdoors Truck Series title on Sunday at Texas Motor Speedway (TMS). The driver of the No. 16 AISIN Group Toyota Tundra started the second round of the playoffs with a resilient third-place finish at Kansas Speedway last Saturday after suffering significant damage early in the event. Hill, crew chief Scott Zipadelli, and the HRE team enter TMS with a 19-point buffer on the cut line. The six-time Gander Trucks winner looks to break through for his first victory in the “Lone Star State” and earn an automatic berth into the championship finale at Phoenix Raceway.

Regaining His Form … Last week’s third-place effort at Kansas was Hill’s eighth podium finish of the season and marked a return to his relentless form after an unceremonious finish at Talladega Superspeedway in Round 1. Hill’s tenacious recovery at Kansas has the AISIN Group team set up to make a potent bid for victory on Sunday and continue their stunning form on 1.5-mile tracks. In the 10 events on 1.5-milers this season, Hill has earned two wins, six top-five, and nine top-10 finishes, in addition to leading 227 laps in seven of those races. Another similar performance on Sunday could make Hill a clear-cut championship favorite.

Season to Date … The 2020 season has easily been Hill’s most consistent during his 94-race Gander Trucks career. He has personified consistency with a 7.9 average finish and has only four results worse than ninth all season. The driver of the No. 16 Toyota has collected top-five finishes in half of the 20 races contested this season, including victories at Kansas Speedway and Las Vegas Motor Speedway. He enters “No Limits Texas” second in the championship standings and in prime position to secure one of the three remaining coveted reservations in the championship finale.

Chassis Selection … Chassis No. 011 makes its return to competition for the first time since being parked in victory lane at Las Vegas Motor Speedway in Round 1. This Toyota Tundra made its debut at TMS in July but suffered a DNF due to an early engine issue.

Tune In … FOX Sports 1’s live coverage from TMS begins on Sunday morning at 11:00 a.m. ET with NASCAR Raceday followed by the green flag at Noon ET. Stay updated with Hill and the No. 16 AISIN Group team by following @Hattori_Racing on Twitter, Hattori Racing Enterprises on Facebook, and @hattoriracing on Instagram.

On his outlook for Texas Motor Speedway:

“Texas is one of the places that we’ve always ran really strong, we just haven’t always had the finishes that have shown our speed. We were controlling the summer race last year and had a caution in the middle of a pit cycle and cost us a chance to win and had an engine issue earlier this year. Scott (Zipadelli) and everybody at HRE have prepared really fast trucks each time we’ve been there, so I have a ton of confidence going into the weekend. This is another great opportunity for us to get a win with our AISIN Group Tundra and lock ourselves into the final four at Phoenix. Coming back to recover last week at Kansas to finish third was important to keep us up in points and definitely added some motivation for us going to Texas. We had a truck capable of winning last week and we want to make up for it on Sunday.” 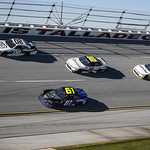 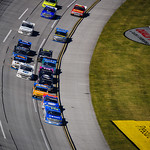 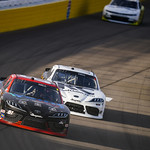 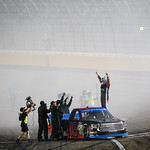 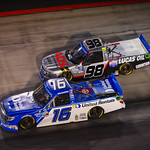